"Thicker Than Water" is the upcoming fifth episode of the Season Nine of Blue Bloods.

Danny and Baez investigate a murder attempt against a celebrated fertility doctor with a seemingly pristine reputation. Also, Eddie is called to intervene in a Reagan family matter involving Danny’s boys; Erin helps Anthony find justice after a date night goes wrong; and Frank ties up loose ends with an old friend. 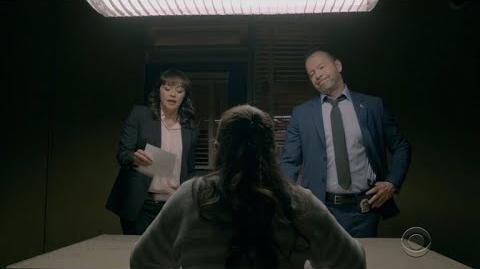 Add a photo to this gallery
Season 9 Galleries

Retrieved from "https://bluebloodstv.fandom.com/wiki/Thicker_Than_Water?oldid=15225"
Community content is available under CC-BY-SA unless otherwise noted.